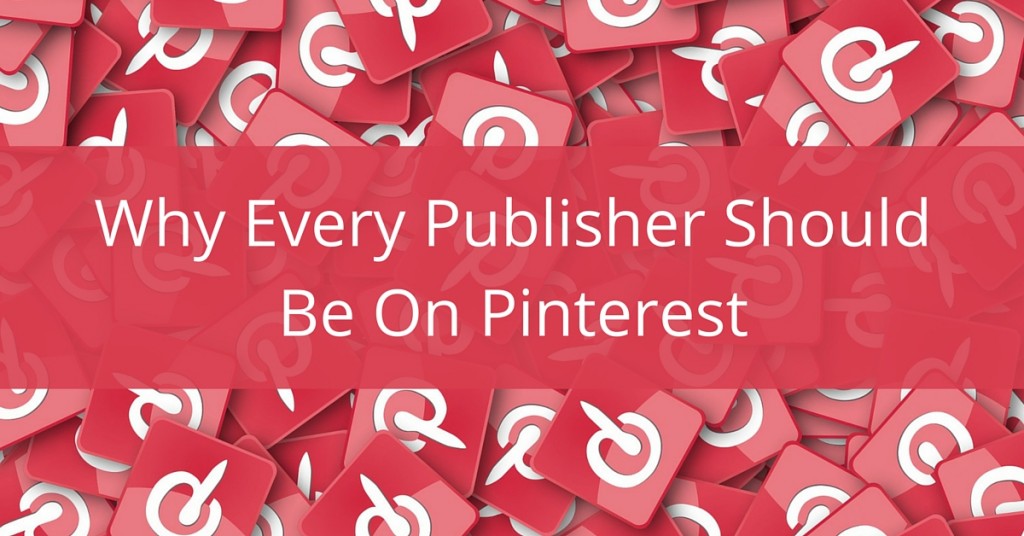 Have you been ignoring Pinterest because you think it’s mostly geared towards people interested in recipes, fashion and DIY craft projects? Well, these topics may still sit at the top of the most popular categories on Pinterest list, but there are also a significant number of pinners who are interested in everything from auto mechanics to web development.

, more than 14 million articles are pinned on Pinterest every day. Pinning articles became so popular that Pinterest created a special type of rich pin called an article pin (like the one shown in the screenshot to the right) to help publishers showcase their content better.

In fact, many people have started using Pinterest as a social bookmarking tool to save articles they have found useful or interesting. A number of publishers have noticed this and are encouraging the practice by cross-promoting content on other social platforms. It’s not uncommon to see a message at the end of a Facebook post that says, “Don’t have time to read right now? Pin this article for later” with a link to the pin on Pinterest.

One of the metrics used by social media analysts to measure the effectiveness of a post (or a pin or a tweet) is half-life, or how long it takes for a post to receive 50% of its interactions. The longer the half-life, the better, since that’s the point at which engagement starts to decline for the message.

There have been several studies on half-life by companies that have developed social media tools and have access to lots of data from their users. Results vary somewhat depending on exactly what was being measured, but all of the studies have found the half-life of tweets and Facebook posts to be a few hours at best.

For instance, a Bitly study found that the half-life of a link shared on Twitter was 2.8 hours versus 3.2 hours for one shared on Facebook. Another study conducted by Wisemetrics focused on other engagement components rather than just link clicks, using the engagement counts from Page Insights for Facebook and retweet counts for Twitter. In this study, Wisemetrics found the half-life of a tweet to be 24 minutes and that of a Facebook post to be 90 minutes. 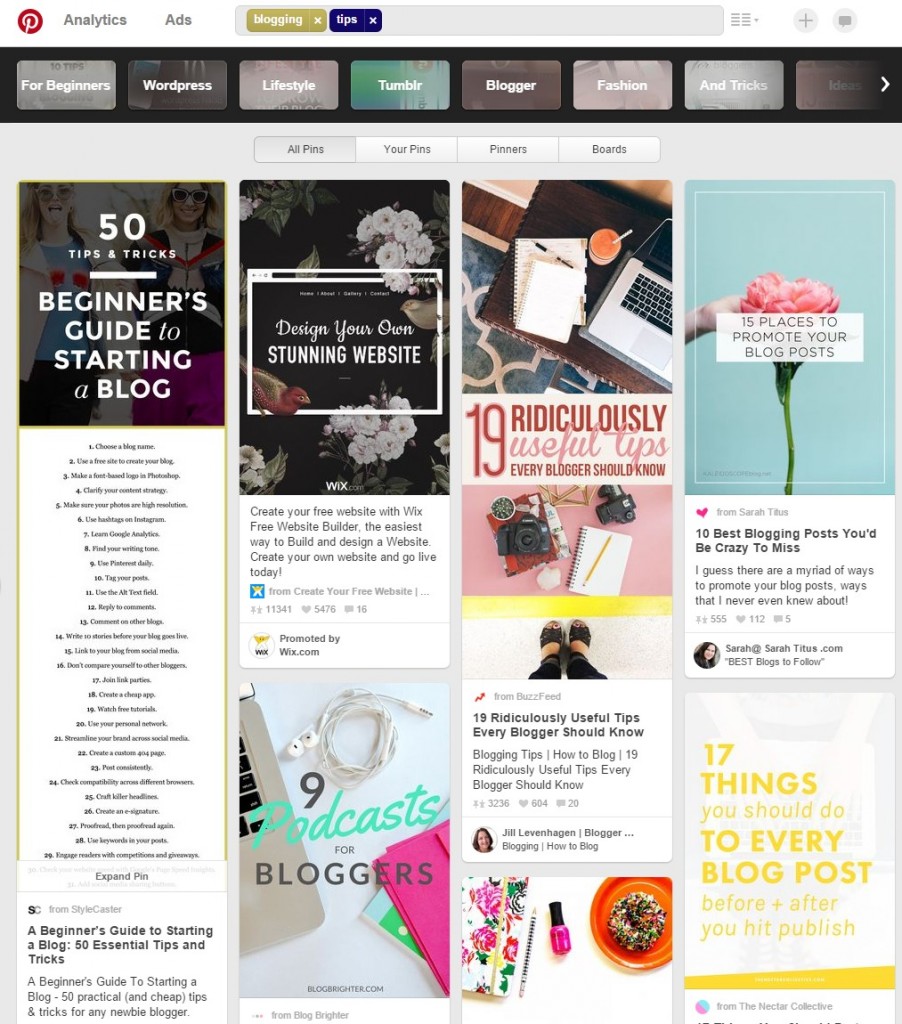 So, how does Pinterest stack up? A study by Piquora looked at how long pins continued to drive traffic back to their originating website and found the half-life to be 3.5 months. That’s right – months. Granted, we’re not dealing with an apples-to-apples comparison here since we’re talking results from different studies that used varying methodologies, but there’s a pretty good reason why content lives longer on Pinterest than it does on Facebook and Twitter.

Both Facebook and Twitter place emphasis on items that have been shared recently – in news feeds and in search. Pinterest, on the other hand, may focus on recently added pins on its home page feed, but its search feature (screenshot to the right) puts more emphasis on subject match and popularity when returning results, and it even suggests related topics.

This is good news for publishers who want to get as much traction as they can from the items that they share.

You don’t have to invest a lot of time to get good results from Pinterest marketing.

Because of Pinterest’s content-centric format, you have a lot more flexibility when it comes to choosing how much time you want to invest when marketing your content on that platform. Of course, just like with anything else, if you put more time into your efforts, you can generally expect to achieve better results. But, if you only pin items once or twice a week – or even if you take a break from the platform for a couple of weeks now and then – you can still build a following.

Just like on other social media channels, you can pay to promote pins on Pinterest in order to drive more traffic to your site. For traffic campaigns, you only pay when someone actually clicks through and visits your website, and you can experiment with different bidding strategies. I’ve seen some very successful campaigns that only paid $0.10 a click.

As a bonus, promoted pins on Pinterest tend to keep performing even after your campaign is over. According to Pinterest, promoted pins often received an extra 5% bump in the month following the campaign.

Still Sitting on the Fence?

Even if you’re not quite ready to create a Pinterest account and start pinning yourself, you may still want to take a little time to make sure your site is optimized for others who want to share your content. You can start by taking a quick look at what people may already be pinning from your site by going to the URL https://www.pinterest.com/source/yoursite.com and replacing yoursite.com with your domain.

For instance, I visited https://www.pinterest.com/source/nytimes.com/ to see what people were pinning from the New York Times and snapped the screenshot shown below. Now, the New York Times has a Pinterest account, but this trick works whether you have an account or not. 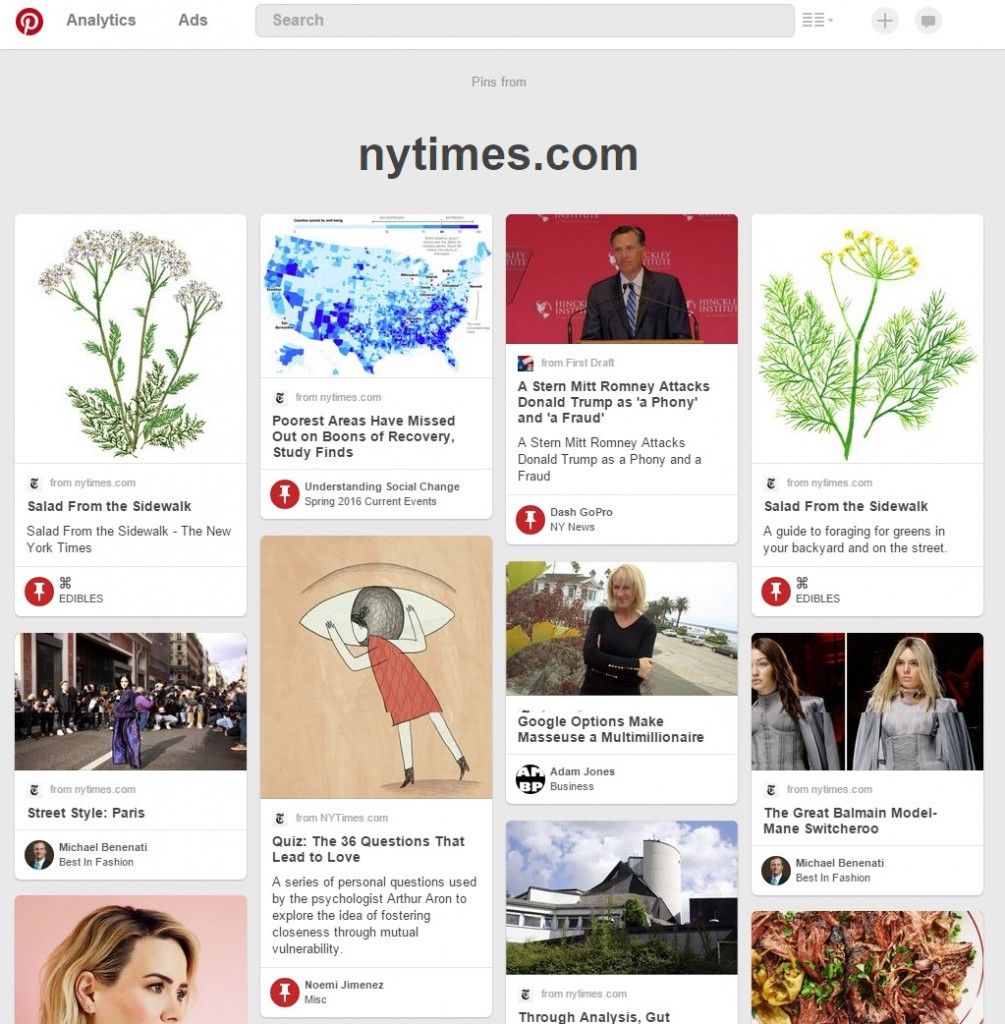 Checking this will give some insight on which articles from your site are already starting to gather some steam on Pinterest. Also, it might help you pinpoint content that could perform even better if it included a more Pinterest-friendly image.

Images that work for Facebook and Twitter don’t always perform as well as Pinterest due to the different preferred dimensions. In general, longer images do better on Pinterest whereas most other social channels prefer wider images. If you want to get right down to the exact dimensions, 735px by 1102px is an optimally-sized image for Pinterest.

Try running a test. Pick a few articles that are already getting referral traffic from Pinterest and edit them to make them more enticing for potential pinners. WordPress users may want to consider installing a social media plugin like Social Warfare that allows you to upload images and specify titles and descriptions that are optimized for Pinterest. Again, you don’t have to create a Pinterest account to do this, but you will have access to more detailed analytics if you do.

If you don’t notice any difference in performance after a few weeks, you can always stop investing your time and spend it someplace else. However, since content on Pinterest can stay alive for a long time, you never know when one of your pins might start attracting attention and end up breathing some new life into one of your old articles.