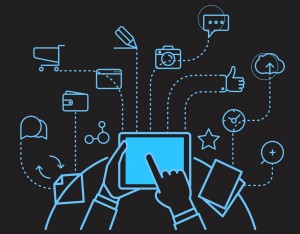 Back in early 2014, Copyblogger made quite a stir in the marketing world when it announced it was removing comments from its site. It was a bold move at the time for such a large website and led to others deciding to turn off their comments as well. Up until that point, it was taken as almost a given that allowing user comments was inherently a good thing and publishers should do what they could to encourage users and make it easy for people to comment on their sites.

Since that time, Copyblogger and several others who ditched comments have reintegrated user discussions into their sites for a variety of reasons. But the arguments that were brought up during the comment debate are still valid. That is, allowing comments can help build communities on some sites, but they can be more trouble than they’re worth on others. So, if you’re trying to decide whether or not to permit user comments on your site, what points should you consider?

A large percentage of comments are pure spam and offer no value whatsoever. In fact, if too many of these comments are allowed to pass through, they can drown out any real discussion that is happening and actually create a negative user experience. No one wants to weed through pages of useless remarks about earning $5,000 a week working from home or where to buy cheap Viagra.

So, if you integrate comments on your site, you’ll probably want to use a moderation tool, such as Ezoic’s Solid Opinion that will let you review comments before they are published live. This may work out well at first, but it doesn’t take long for comment moderation to start eating up a lot of your time – and you may not be getting much in exchange for this time investment. If you have a fairly small team working on your site, their time might be better spent on other activities.

If you show ads on your site, there is another issue that is important to consider. AdSense and many other ad networks have strict policies that prohibit ads being shown on pages that have certain types of content. In particular, AdSense code should not be placed on any page that contains excessive profanity, hate speech or adult content. If you violate this requirement, Google could disable ad serving to your entire site or, worse yet, disable your entire AdSense account.

When you allow user comments on your site, it’s tough to control what’s being posted. The most innocent-looking articles can sometimes invoke heated debates that quickly degenerate into name-calling contests and inflamed arguments. Even if you moderate each and every comment before it goes live, it’s easy to make a mistake and let something slip by you.

You can use tools like the one that is included with Ezoic’s Layout Tester so that ads aren’t displayed on pages with profanity to make sure you’re not violating that policy, but then you lose out on any potential revenue for that page until the issue is corrected. 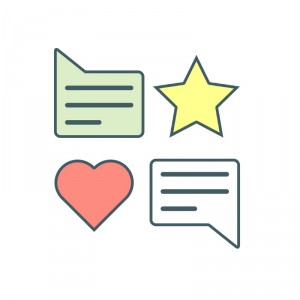 In addition to monitoring comments, you will probably need to take some time to respond to those who post thoughtful questions or complaints. If you don’t, those who post those remarks may end up feeling ignored or slighted. As a result, they may stop visiting your site and encourage others to do the same.

If you have a large active community, members will often answer each other’s questions, but you will still need to chime in from time to time to correct a wrong answer or respond when no one else does. While this can be a great way to connect with your audience, it can also be a drain on your time and other resources. Basically, if you already know that you’ll never have time to read and respond to comments, think twice before allowing them on your site.

Despite the fact that moderating and responding to comments can take a lot of time, allowing discussion on your site is one of the best ways to build a community of loyal readers. People appreciate it when they’re given the change to voice their opinion and are often thrilled when a writer they respect responds to their remarks. Plus, after commenting on an article or blog post, readers will often keep returning to see what others are saying.

Even if only a small percentage of your audience pays attention to comments, a discussion area may be critical to keeping that group’s interest. As Michael Hyatt stated when reinstating comments to his site after removing them for a year, “Many people never read comments. In fact, when I polled my own readers, the No. 1 reason people said not to bring comments back was that they don’t read them. I get that. But for those who do, they’re important.”

Other Benefits of Allowing Comments

Along with the community building aspect, there are a few other benefits of including comments on your site if you can afford the time to manage them.

First off, comments are indexed by Google and other search engines. If an insightful discussion or two takes root in the comments section of a page, the article could get a significant boost in both social media shares and search engine rankings. This, in turn, could lead to a nice traffic increase for the article and even introduce your site to a whole new audience.

Secondly, the comments section of an article is a great place to find out what types of issues are of interest to your readers and to get ideas for new content to produce for your site. Through your readers’ questions, you may find that topics you thought were uninteresting or trivial are actually subjects they are craving to learn more about. Answering these questions will allow you to demonstrate your expertise on the subject matter and build your following even more.

Above and beyond these benefits, if you’re a blogger or a solo publisher, inviting discussion on your site can help you connect with your readers on a more personal level. If your monetization strategy includes affiliate sales or offering your own products and services, this could lead to a significant increase in revenue.

To sum up, there are a lot of great benefits to allowing comments, especially for certain types of sites. But before you do, make sure you’re prepared to moderate and respond to them. Else, it’s like displaying a phone number that you never intend to answer.

If you’re not currently allowing comments on your site, it’s probably a good idea to wait until you’re absolutely sure you want to do so and have all the pieces in place to manage them before you take the plunge. Like with all products and services, it is a lot easier to add a new feature later down the line than it is to remove an existing one – especially if you’ve started to build a community that has grown to like and expect that feature.