You’ve heard the mantra by now: social media is the future of site marketing, and the heart of social media is engaging content. You don’t want eyeballs, you want interaction; whether it’s likes, comments, or shares. Heck, even a passionate debate in the comments associated with your latest Facebook post or Instagram image is a win, and if your latest Twitter tweet gets retweeted (shared) hundreds of times because people want to snark on it? That’s cool too. 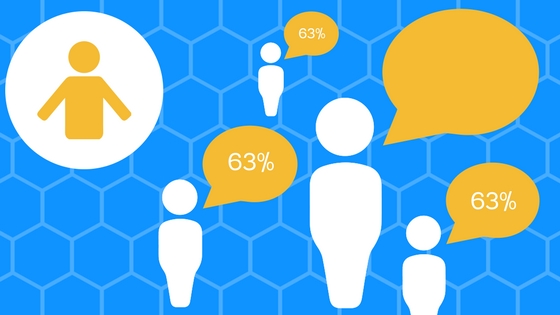 Search engines have gained savvy, recognizing that it’s easy to have dozens, hundreds or even thousands of people see content through advertising and other promotional techniques. But having people care about what you post and having them react to it? That’s another story, and that’s really the essence of modern popularity analysis.

And remember, “search engine” covers a multitude of sites now, much more than just Google or Bing. Don’t forget video content too: YouTube has its own engagement features and can also analyze whether a video posted is getting views and reactions or just views. Also, let’s remember that Facebook and other social platforms are becoming their own ecosystems entirely.

So how do you foster engagement when you post? At its most obvious, ask for it. Post content and ask an open-ended question like “what’s your favorite technique? People answer (I talked about how to do this on Twitter in greater detail here).

Another approach is to be provocative. If you think the New York Giants are the best team in the National Football League, say so. You’re bound to get some discussion going! And same with politics and religion, though that conversation might spin out in directions that are far beyond your initial intentions!

Since you’re a savvy modern marketer seeking tips and ideas for marketing your site online, however, make sure that you stay at least loosely related to your core subject and messaging.

A sports site could definitely stir things up by posting their picks for best and worst teams in the league, but what about a site on finance? Maybe not. Then again, an accountant could certainly post about the least and most profitable teams and slip in a snide comment to help foster engagement.

Using followers as a source for new engaging content

Surveys are fun. I recently posted one as a way to generate some Facebook analytics for a project where I simply asked people if they preferred Coke or Pepsi. Almost 100 comments later, I had tons of data and people had a really fun conversation on a topic that I knew would explode into debate. 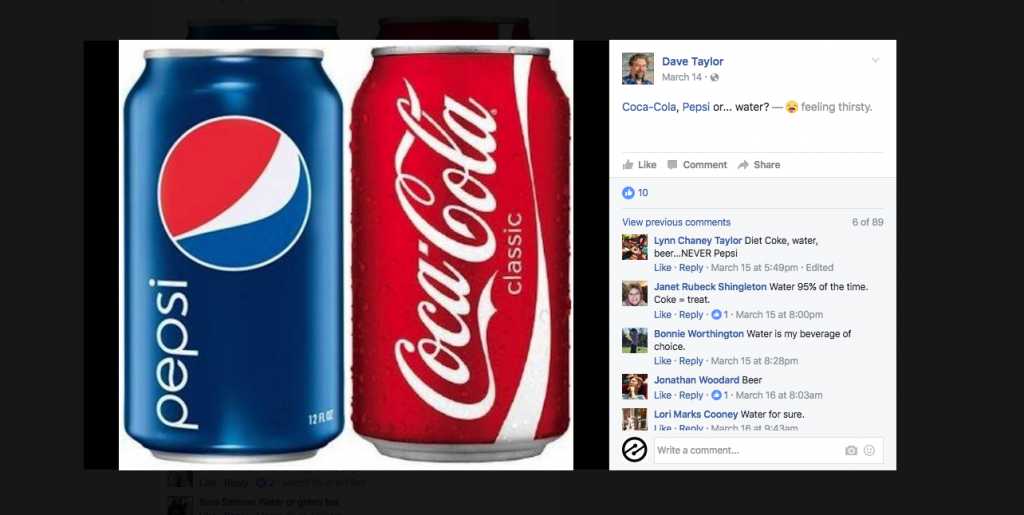 Notice how I added the “feeling” thirsty part to my Facebook post too. Facebook loves all these little add-ons you can use to augment posts. They’ve said as much. These things can help you improve your CTR’s and impressions when using Facebook.

Another tactic: Be funny. Humor can be difficult in our extraordinarily heterogeneous online world, but post a funny store, a smart pun or a meme smartly reapplied for your own business segment and you can have terrific results. Remember, social media is about entertainment, not information dissemination. You might want to share your latest product news, but if it’s not amusing, people are unlikely to be very engaged.

We talked about how to do content sharing ethically in great detail here. As mentioned earlier, you can just ask for engagement. Post something on Twitter and ask people to retweet it, or ask partway through a video for people to “thumbs up” if they like what you’re saying, or leave a comment if they disagree. This is also more generically asking for feedback and it can work on all social media. 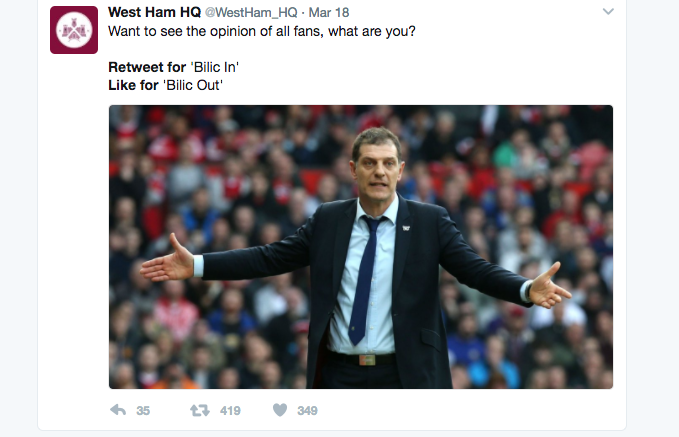 WARNING: Facebook explicitly prohibits posts that overtly solicit likes, shares or comments, whether for a specified reward or otherwise. No “like if you love your mom” or “share to win a prize” posts, please!

One more bonus engagement tactic: use live video when and where it makes sense. Facebook Live is front and center the site’s long-term media strategy so they’re promoting the heck out of it. Heck, I’ve done Facebook Live streams where I use my iPhone on a little tripod and talk to the camera while I’m actually doing something else, and get hundreds of participants! 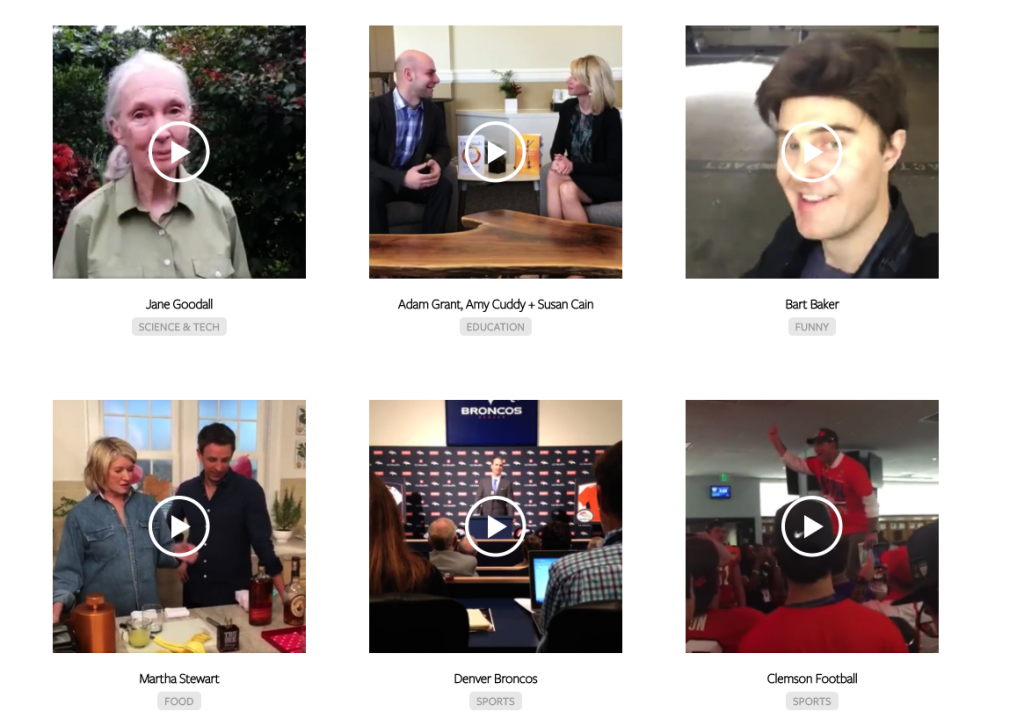 Ultimately, engagement is about your ability to engage with your audience, not just their ability to interact with your content. Pay attention to what you post, to what they do in response, and chat with commenters and “like” reshapes too. Whether on YouTube, Facebook, Pinterest, Instagram or your blog, being part of the discussion fosters much more engagement than anything else you can do.

Now, those are my best tactics. What are yours?

See what I did there with an open-ended question at the end of this article? Do you feel compelled to answer?