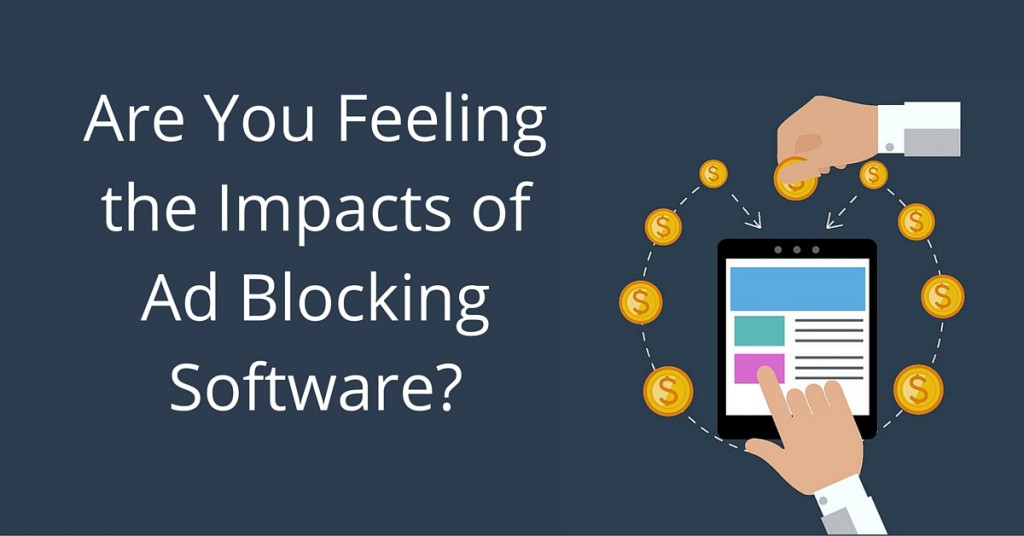 Ad blocking software has been around for a long time, but up until a couple of years ago, its usage was limited to a small percentage of the Internet population. That percentage started to climb rapidly in 2013. In fact, according to a study from Adobe and PageFair, the use of ad blockers in the United States grew 48% from Q2 2014 to Q2 2015, increasing to 45 million monthly active users.

The study also found that the global use of ad blockers grew by 41% over that same period of time to include 198 million monthly active users. This equates to an estimated loss of $21.8 billion in global ad revenue for 2015. However, the reasons for this behavior is easy to understand and can be stopped by savvy publishers. Below you’ll find a few approaches and some general rules for stopping ad blockers on your site.

Do people really know what ad blockers are? 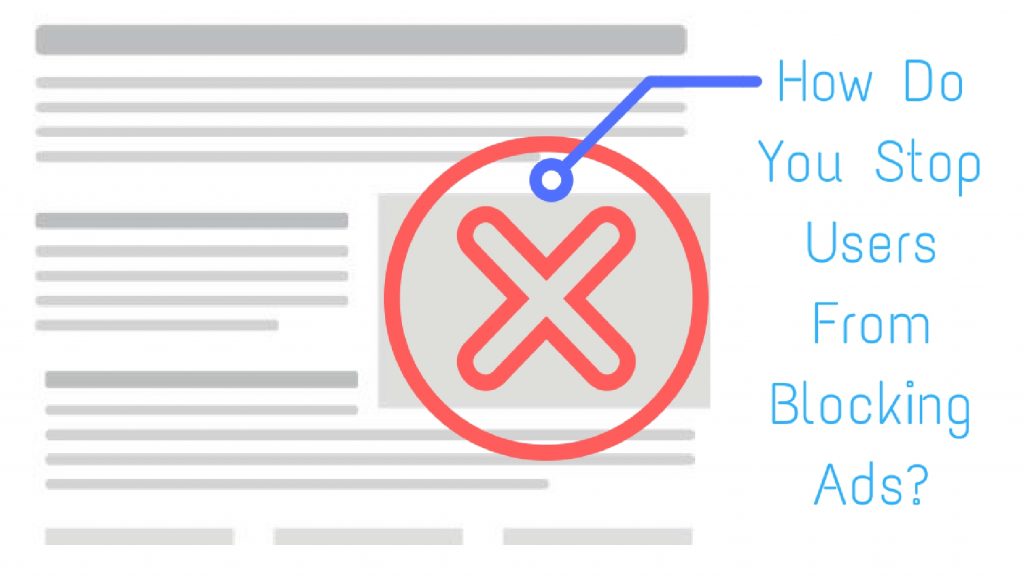 Why ad blocking software is on the rise

One of the reasons for this leap in growth is that ad blocking technologies are becoming more mainstream. Ad blocking software used to be a bit of a novelty that was typically only installed by power users and hard-core gamers.

Now, certain types of ads, such as pop-ups, are blocked by many browsers without the need for any additional software. With the inclusion of content blocking extensions for Safari in iOS9 and Microsoft’s recent announcement that it plans to offer full support for third-party ad blocking tools, we may be close to seeing the day when ad blocking is the default setting for certain types of devices and applications. This would be a major shift; considering the market has already adjusted for pop-up blockers, but not things like display and programmatic ads.

If this trend continues, publishers who are dependent on ad revenues will need to start looking for new ways to monetize their web properties or find creative solutions to prevent readers from blocking ads. Many publishers have already started to feel the crunch and are experimenting with different types of responses, but are their actions having any measurable effect? 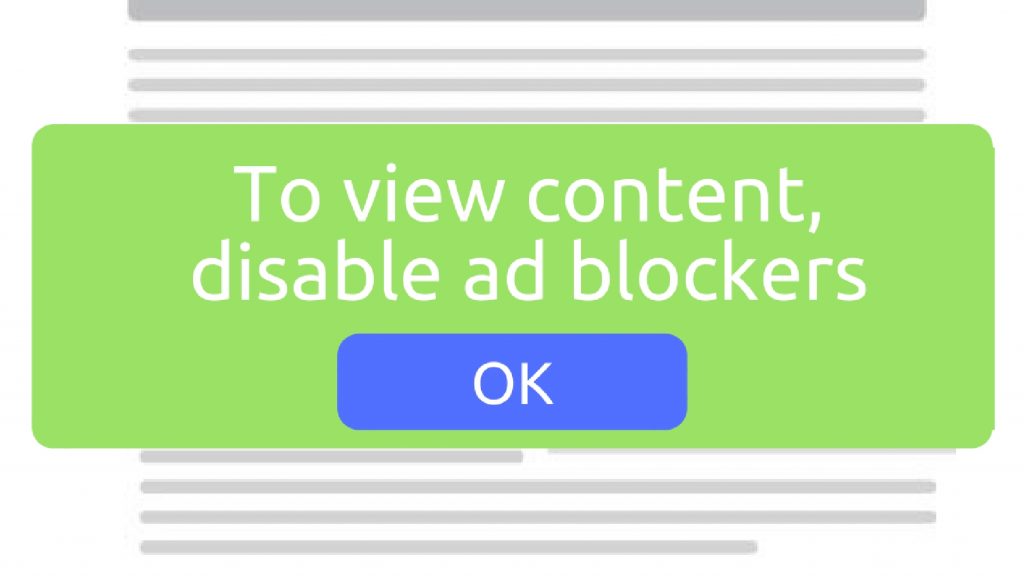 How to stop ad blocking

In France, publishers such as Le Monde, L’Equipe, Le Figaro and RTL joined together at the end of March in an effort to try to educate their audiences on how important ad revenue is to their business models.

After explaining that ad earnings allowed them to publish free content and pay journalists to cover a wider range of stories, the media outlets asked readers to voluntarily disable their ad blockers while viewing the news sites. Some of the publishers then refused to show content to anyone using ad blocking software, while others let users continue on to their websites after reading the message.

Swedish publishers plan to take similar actions in August. Unlike the French media experiment in which some publishers continued to show content even if ad blockers weren’t disabled, Swedish publishers plan to give readers the choice of disabling their ad blocking software, paying to access the content without ads, or viewing lower quality or limited versions of the content. The group plans to share its results after the trial to see if any lessons can be learned.

The trouble with this type of approach to the ad blocking problem is that it would most likely require a mass agreement among publishers to become a real long-term solution. That is, would readers really be willing to change their habits or preferences to view a particular site or would they be more likely to go look for the information someplace else? 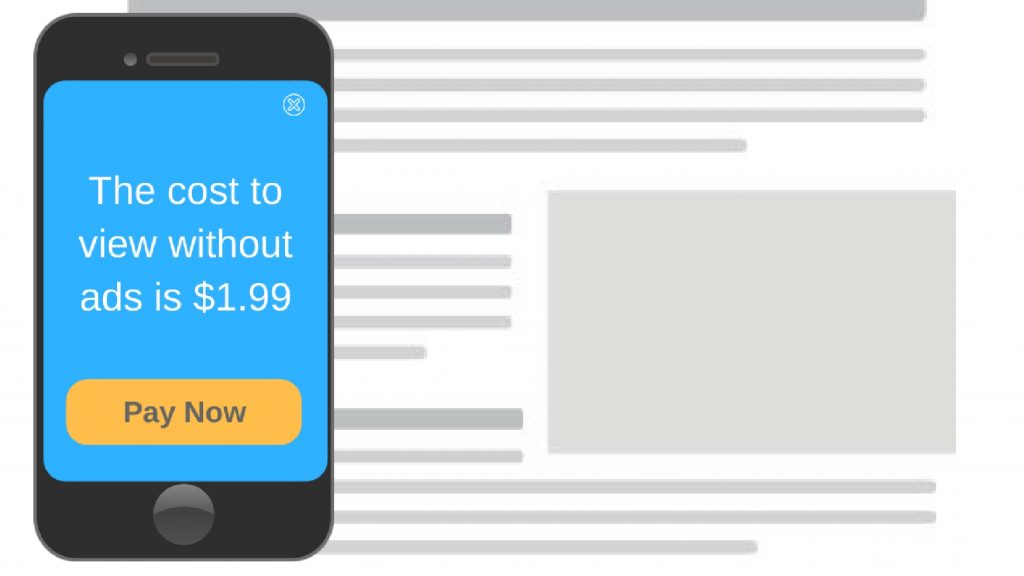 Other options for publishers

In response to the concern about the growing use of ad blocking technologies, the Interactive Advertising Bureau (IAB) recently released a document that put forth several ideas for publishers who want to face the problem head on. Some of the tactics described are similar to actions taken in France and those planned by Swedish publishers, while others take a somewhat different approach. They include:

All of these options have various risks involved, but some are more controversial than others. For instance, the practice of paying ad blocker companies to be whitelisted is probably not an option that is financially feasible for smaller publishers and would likely damage the reputation of both the ad blocker and the publisher if not handled very carefully. Also, ad reinsertion may just result in the development of smarter ad blockers that learn to recognize new patterns.

The User’s point of view

As the ad blocking debate continues, one important thing to keep in mind is why people are blocking ads. A lot of times, it’s not simply because they don’t like ads – even if that is the reason they give. It’s because there is something about the ads that diminishes the overall user experience. This could be due to a number of reasons, such as:

So, at least part of the answer to the problem should be to address these underlying issues and look for ways to create a better ad experience for every user.

What Can You Do to Limit Ad Blocking on Your Site?

If you’re wondering how many of your site’s visitors are using ad blocking software and how it is impacting your revenue, you may want to check into using a service like PageFair’s free tool to monitor your traffic.

Visitors to certain types of sites, like gaming and tech sites, are more likely to use ad blockers than others. Other demographic factors can come into play, too, so you may find that you’re getting hit differently than the average publisher.

Additionally, you can look for ways to improve user experience so your visitors will feel comfortable enough to view your site without an ad blocker. Consider experimenting with alternative ad options, including native ad networks, to use in conjunction with or in place of your current ad stack. And, don’t forget to test your ad layouts with an automated tool like Ezoic that lets you optimize revenue potential and user experience.