Many online publishers and site owners wish to setup Google DFP (DoubleClick for Publishers). The primary reason for this is that there are lots of ad networks that compete against each other for a publisher’s ad inventory inside of Google Ad Exchange (AdX); which is available to publishers through Google DFP. This is appealing to site owners and publishers because they want to earn the greatest amount possible on their ad inventory (ad space on their site). Google’s Ad Exchange provides a fair auction process that is attractive to just about every major publisher on the planet. 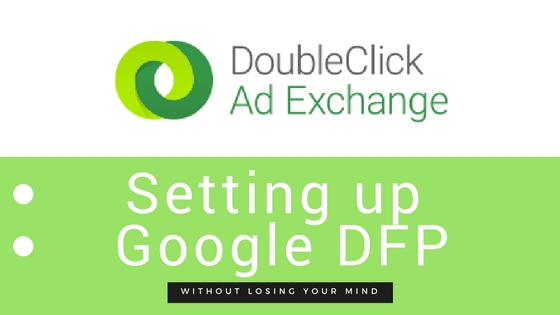 There’s typically two issues that publisher often run into when setting up Google DFP — Google doesn’t approve just anyone to join the Google Ad Exchange and the configuration of Google DFP for publishers is not without its complexities.

Below, we’ll show you how to leverage existing resources to access the Google Ad Exchange and avoid unnecessary AdX configuration.

Getting approved to use Google AdX

If you already have a Google account manager then you’re well on your way to accessing Google AdX or Google DFP for publishers. Google is extremely selective about who they allow to access DFP and AdX. Having an account manager is a sign that you’ve earned Google’s attention and would likely be considered for these premium products.

A Google account manager can help you setup DFP. Learning the ins and outs of AdX and Google DFP can be time-consuming, and difficult to navigate, but is definitely worth it – many publishers see a substantial revenue lift by using AdX.

“But I don’t have a Google account manager, what now?”

If you don’t have a Google account manager (if you’re not sure, you likely don’t), there is not a way to apply on your own accord. This means that you don’t really have a direct mechanism to access Google DFP or the AdX.

However, there is still a way for you to access premium Google products without having been granted a Google account manager. Google has a  Certified Publishing Partner Program that allows publishers to apply to Google AdX and sell their inventory through a larger publisher or partner.

While it’s not exactly the same as having a standalone DFP or Google AdX account, a subsidiary account is a very close second. Publishers still get the benefit of AdX without having to meet all of the Google requirements involved in having a full account.

While many publishers may find the greatest challenge to be accessing Google premium products, others will find the difficult part of being a DFP publisher to be navigating the setup, configuration, and optimization of their account.

A big part of configuration that scares publishers is accounting for things like direct ad sales, bid settings, and how they integrate things like native and programmatic together using the application. It can be a tall task. Many find it cumbersome; while others learn over time that their attempts to optimize their account have only resulted in a net loss in revenue. 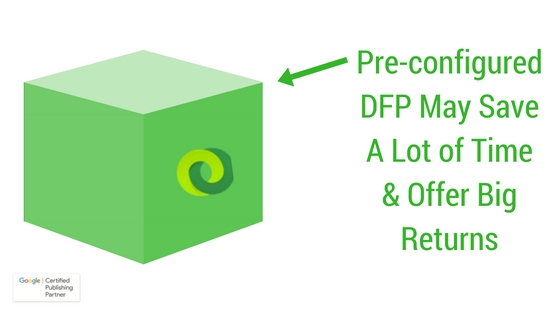 This is where the functions of ad testing and machine oriented optimization can be supremely beneficial. With new innovations like header bidding added to the mix, most publishers just want to see what’s work the best.

This kind of testing can be performed here. The machine will automatically configure and help you serve the best solutions. They also feature an advanced integration that will pre-configure and optimize your Google DFP account for you.

Ultimately, this is one of the best solutions available for ensuring that your site benefits from the Google DFP product. The solution is free to use and is the best solution we’ve seen for publishers seeking to maximize their time in DFP.