Often, online entrepreneurs who make a large portion of income from websites, don’t openly share their monetization process. It makes sense, some of their knowledge is proprietary and sharing it could potentially reduce opportunities for them in the future. Bill Phelan, the CEO of Bright Hub, is a bit different. Recently, he spoke at the Google Certified Publishing Partner – Publisher Forum, and shared all of his nitty gritty secrets for website revenue growth. 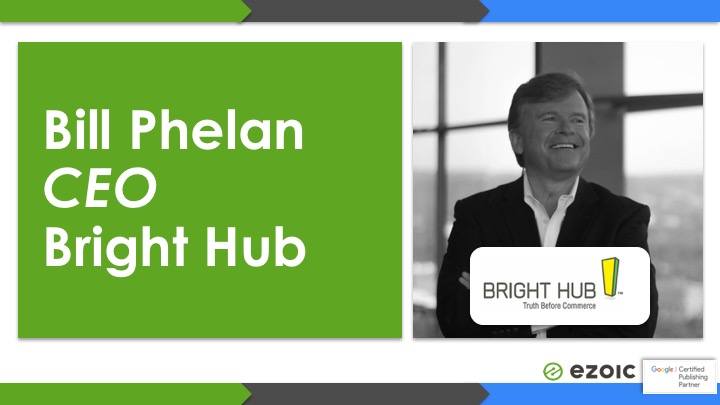 Below is a summary of the highlights from the conversation he had with Piper Lofrano. He discusses the history of his site, his early struggles with monetization, what he changed to help grow revenue, and how he now approaches his content and his entire site team.

Bill shares rare transparency regarding his website revenue growth and his transformative thinking about ad operations. This is a great read/watch for sites of all shapes and sizes that earn money from ad revenue.

You can watch the entire interview with Bill below

How Bill got started with his site

“…we’ve been at this a long time and we’ve certainly got the scars and learnings to prove it.”

Very quickly in the interview, Bill points out that he has been in the online business since the “coal-fired internet days”. He notes the game-changing shifts in the industry over that time period; including a more recent shift to mobile that has sort of caused another major shake-up in the way things work. 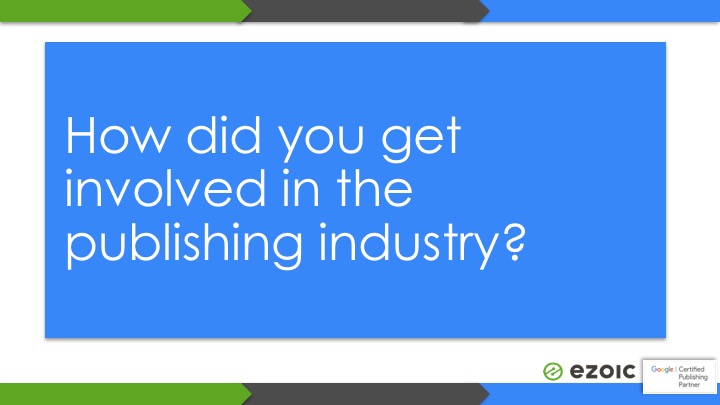 “A number of years ago I built a site, called Bright Hub, that was very similar to Answers or About.com. We empowered approximately 1,500 writers around the world to both make money off of their expertise and share revenue on a long term basis.” said Bill. “That was years ago. Now, at this point, we’ve been at this a long time and we’ve certainly got the scars and learnings to prove it.”

Bill starts off by telling the audience that they were able to grow the site to a size where it was serving approximately 15 million visitors; resulting in 40 million pageviews a month. He is quick to point out that due to the nature of their site — which empowered experts to keep large groups of people online informed about different subject matter — that traffic and content were actually the core strengths of the site and the drivers behind its success.

(Learn how to better monetize each pageview here) 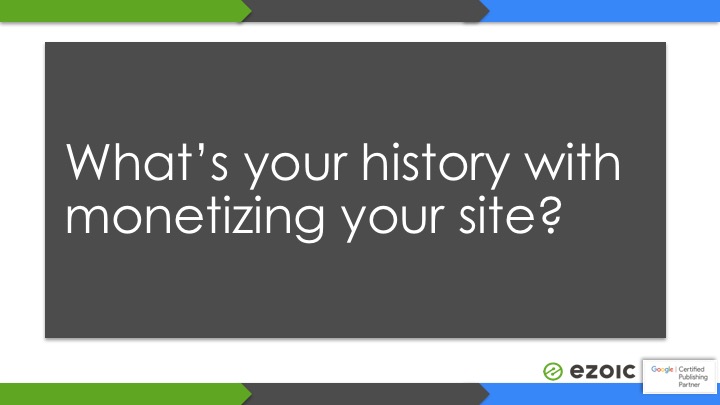 “We found that we kept having to invest more and more time and money into staying current with ad operations and monetization. This really was not the core of our business.” Bill claimed. “We ended up with 3+ people working on nothing but monetization… These were heavy investments and always pulled away from our ability to serve our audience. We were getting stuck — in a lot of ways because of our attempts to monetize our great content.”

How Bill took monetization to the next level

Bill talks about his ultimate decision to repurpose his employee base towards focusing on their business strengths after finding a way to better monetize his site using the Ezoic platform. In doing so, he discusses how he shifted his data teams that were working on ad ops to more analytical roles that were taking deep data dives into how their content was earning money and how they could create a better and more engaging experience for users. 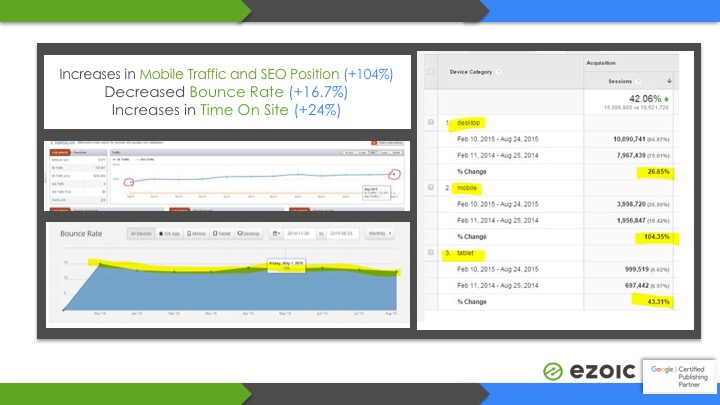 “This shift came about when we started using Ezoic. We really thought of them the way we thought about a content distribution network (CDN). It’s a tool that we use to handle this part of our business for us. I know this is way out there, but I don’t have to worry about monetization every day. When we think about what people like Ezoic are investing in data science, it really doesn’t make a lot of sense for us to tinker away thinking that we could potentially do this better. It’s better for us to focus on what we do best; which is our content.” 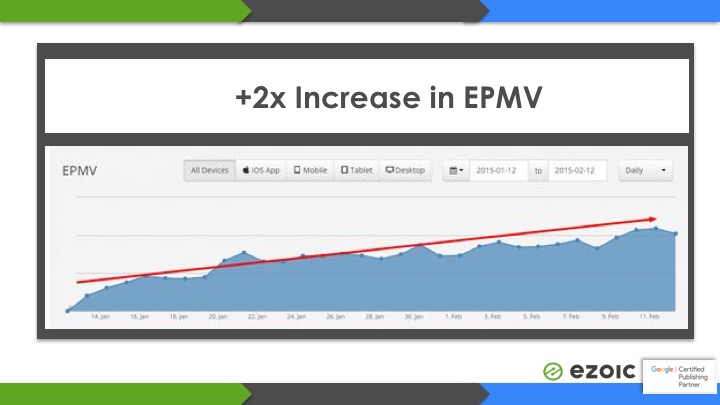 “We’ve gotten to where we don’t really try to invest out time into things that we have a utility for; especially when we know we can only add marginal — or no — value. And honestly, what they can do in a day may take us 100 years… literally, because of the way they run their testing, we simply couldn’t do this ourselves…. So we’ve learned to let go of this and really focus on the core part of our business. This made us a lot more money, and still does today.” 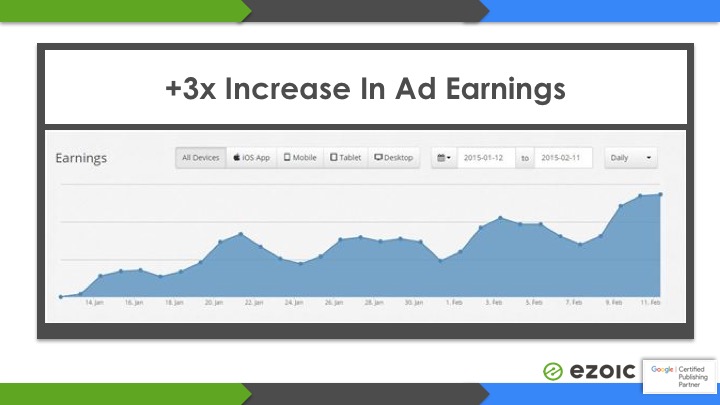 “I would say… actually trust your numbers”

Bill points out that an error that Bright Hub — and many publishers make — is that they often fly blindly using subjective data, or incomplete data. In Bill’s case, the turning point for his success was when he used outside parties start handling areas of his business that were not ultimately his strengths.

(advice for listeners?) “I would say trust the numbers. Also remember, look at the results of testing… there is never a perfectly optimized solution. Testing on your site is continuous and that’s why it’s important and why we are fans of tools like Ezoic, Cloudflare, and others.”