Too many website publishers believe that the Internet is comprised of only residents of the United States. Some may even extend that to English-speaking countries like the United Kingdom, Australia, and Canada, but the rest of the world? They’re not online, are they? 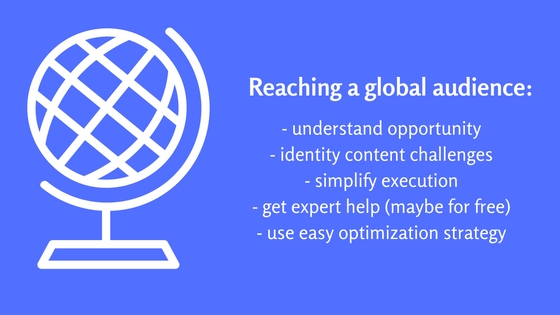 In the text below I will highlight opportunities for publishers to grow traffic, ad revenue, and their sites brand internationally. I’ll show you how any site can easily grow web traffic globally using some pretty basic principles.

If you’re looking for ways to simply grow organic traffic, try this article on making posts that rank better or this post on getting old content to rank higher.

Your greatest opportunity may be to think global

While the roots of the Internet are American (the Internet started out as a Defense Department project to design a computer network that could survive a nuclear attack) even the invention of the web happened overseas: It was Tim Berners-Lee working at the European Organization for Nuclear Research (CERN) in Berne, Switzerland who invented the World Wide Web. Today, the global network is truly and completely global. 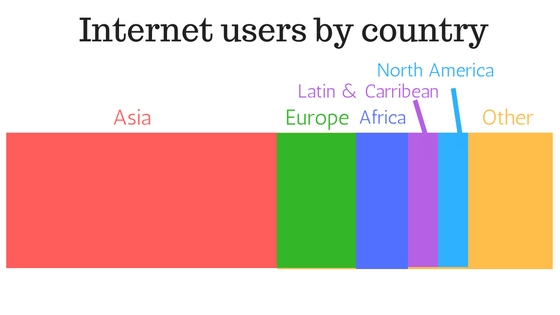 Consider for a moment the reach and user population of user-popular social network Facebook: 84.9% of Facebook’s daily active users are outside the US and Canada. Breaking it down by nation, 50.2% of Internet users are based in Asia, 16.7% in Europe, 10.5% in Latin America and the Caribbean, 9.3% in Africa and only 8.7% in North America.

The long and short of it: If you’re not planning on how to get more visitors to your website from outside of your own nation, you’re missing out on a massive opportunity to grow web traffic globally. So, let’s have a look at smart ways to make your site more globally friendly and draw in some of this traffic.

How to drive more traffic globally

The most obvious way to get more overseas traffic to your website is to publish in multiple languages. Certainly, even in the United States current demographic data shows that over 50 million Americans speak Spanish. In fact, here’s a fun fact: There are now more Spanish speakers in the US than in Spain.

Look at languages by the number of people who speak them globally, however, and the top few might surprise you: Chinese, Hindi, Spanish — then English as only the fourth most popular language. In fact, there are twice as many Mandarin Chinese speakers (over 1 billion) than there are English speakers (510 million) worldwide.

Then again, the languages you choose should be based on your target audience demographics too, so while it might be tempting to translate your site into Chinese, if they aren’t potential customers, it might also be a waste of money.

While there are also some increasingly sophisticated natural language translators from companies like Google, to have a quality translation that is enjoyable to read and grammatically — and colloquially — correct, you really need to either find a native speaker on your staff or hire a professional translator. And, that can be a substantial investment. One way to manage the cost: only translate key pages or content rather than every blog post. 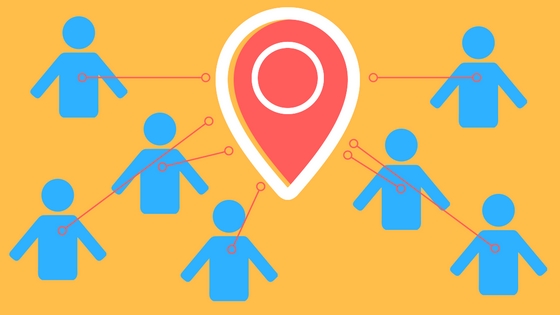 When you start to look at overseas visitor interests, you realize that cultures, expressions, and even jokes are difficult to have work globally. American sports references to a “hail mary” or “home run” or “par for the course” or “slam dunk” can baffle overseas readers (there’s even a US Government page encouraging foreigners to adopt American sports phrases!)

At a more fundamental level, however, if you seek to appeal to an international audience you need to write about topics of interest to them. That’s just an instance of a general rule for any good website, however: write about what your audience is interested in, not what you want to sell.

It’s smart to research holidays and celebrations, as an example. If you’re trying to drive more traffic from the Middle East, for example, wishing your visitors a blessed Ramadan and happy Mouloud is entirely appropriate, and if you’re targeting Brazilians, writing about Carnival is easy, but do you know about the Festival of Tiradentes?

Global sports are always an excellent topic too, particularly soccer and cricket, both of which are hugely popular outside of the United States. Indeed, World Cup Soccer is globally the most popular sport on the planet and it’s never too soon to start using soccer metaphors in your writing if you seek that global audience.

American marketing has been evolving from blanket marketing campaigns focused on counting eyeballs to recognizing that some voices are louder than others with influence marketing.  The same holds true overseas too; one smart way to gain visibility in the global marketplace is to identify those men and women who have large followings and engage them to help you out.

This can be done through influencer marketing agencies with an overseas focus or you can do it organically by paying attention to those people who are frequently quoted in regional news stories and whose online posts garner lots of engagement and traffic. And don’t forget YouTube, where 60% of views – or more! – come from non-English speaking countries. (handy tip: YouTube Creator Academy has an entire course on expanding your channel’s global reach).

Finally, to appeal to a global audience your site needs to be deployed overseas too. The easiest way is to use a content delivery network (CDN) like CloudFlare, Cachefly, Amazon CloudFront and Edgecast, which not only speeds up your global site mirrors but typically speeds up domestic site performance quite a bit too.

And keep an eye on your global reach and trends broken down by country through Google Analytics or a similar service: if you can’t measure it, you can’t ascertain if it’s improving.

That’s our list of ways you can embrace a world of customers, think about how to tune your content and site to meet the needs of users globally, and reap the rewards of having a site and service that’s appealing to everyone, not just your local region.

note: yes, I crept Klingon into the list of “good luck” in different languages! SHhhh… 🙂