In a lot of ways, we are entering the golden age of digital publishing. Advertisers, brands, and even consumers are pulling their attention further away from traditional media sources; positioning online content creators front and center. This means greater opportunities to monetize digital content.
However, some of these opportunities can be more fruitful than others. 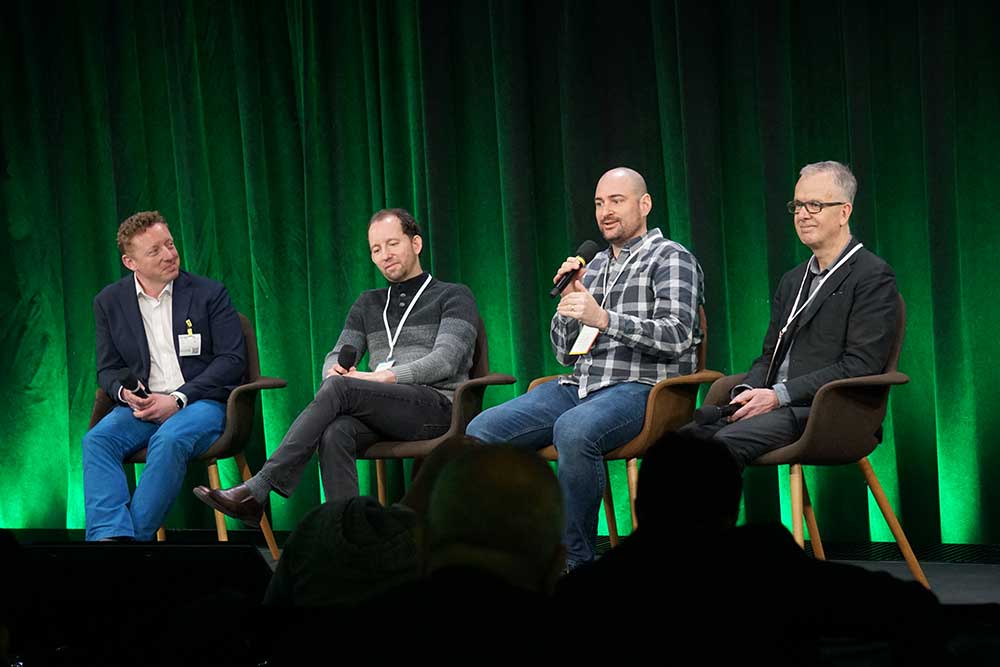 We recently had a chance to connect with hundreds of successful content creators at Pubtelligence — hosted at Google offices in New York — and were able to ask them, and some of the other experts in attendance, about their best content monetization tips.
Below, I’ll highlight the most repeated answers and the most insightful content monetization tips that they shared.

“Find What Works For You… Test!”

This was a common theme among some of the veteran publishers. The idea of finding the right mix of monetization methods and strategies was something many of them expressed clearly; as some owner multiple sites that required different content monetization approaches.

“Whether it be programmatic ads, affiliate revenue, or selling some type of content or service, it was important for us to test and look at all of these things independently.
In most cases, we found that our content generally performed best when we got the ad stuff right. You can waste a lot of time here focused on the wrong thing. That’s why ads are easy. If you get those right, you can simply focus on your content…” 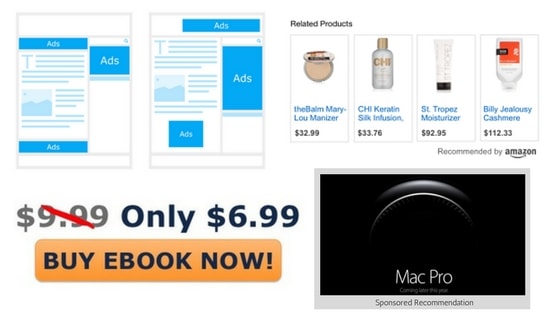 This was a common sentiment among the top publishers. They all felt that focusing on their content was more important than what strategy for monetization they picked; however, they punctuated how important it was to constantly be testing; as things change quickly.

Even the way we monetize with ads changes month over month. Having a static monetization strategy has caused us to leave a lot of money on the table. This is something we’ve gotten better at over time. We really think it’s important to test. If you have a partner that won’t let you test how different things compare or work, BEWARE!“ 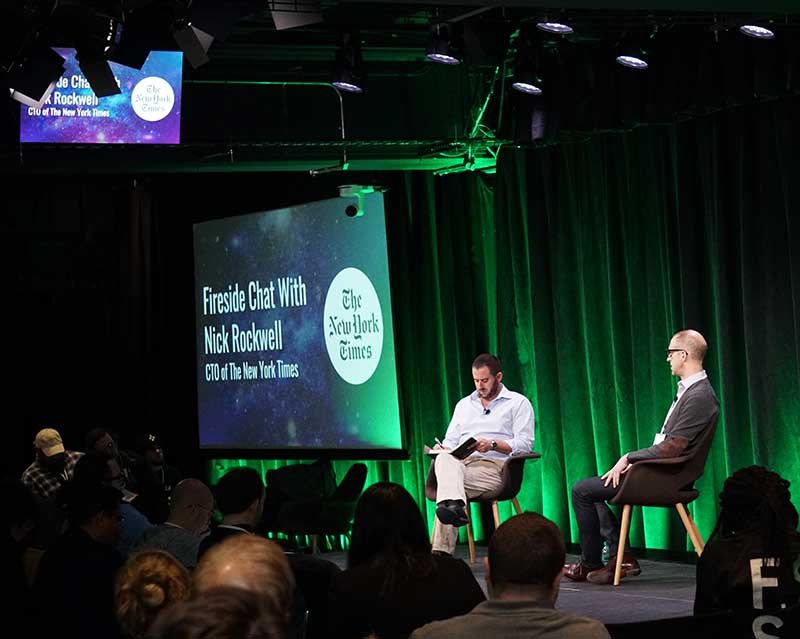 Most of the publishers shared that they felt testing things like affiliate revenue vs. programmatic ads vs selling direct advertisements ultimately helped them better understand the value of their site.
Furthermore, every one of the publishers that accumulated over 1 million pageviews per month that we spoke with said that testing the ads themselves was very important to their overall content monetization plans.
This is something we highlighted here in a recent case study.

“Beware Too Many Ads”

This became a hot topic at the event after some new data revealed the long-term impact of loading web pages with too many ads. You can read about that study on too many ads here.

The study was presented by several of the day’s experts and was repeated by some of Google’s staff.
It essentially highlighted how showing lots of ads in high-value spaces of a site can increase revenue in the short term, but ultimately reduce the value of ad space long term; resulting in the need for even more ads to maintain even average earnings.
Another case study from the event highlighted how too many ads can actually vary from visitor to visitor, and how to adjust accordingly.
This research showed that the best way to earn higher revenue from ads was actually to segment visitors and control factors like ad density on a per session basis.

“If I had to say that there is one thing we are focused on the rest of the year, it’s reducing the amount of ads we show certain types of visitors.
I’m specifically concerned about floating ads now (laughter). I want to make sure we know when we should show those and when we shouldn’t.”

Coming away from the event, most of the publishers I spoke with shared something along these lines. They were all looking at ways to prevent static ad positioning.

“We just simply want to avoid showing every visitor the same ad placements. We test this and make adjustments based on data using Ezoic. We used to just use the same ad positions across all of our websites. We lost hundreds of thousands of dollars doing this.”

Many publishers claimed to have struggled with this in the past and expressed that in years passed they had gotten locked into contracts and agreements forcing them to show certain ad tags and placements on their site. It was shared in several instances that this ended up harming organic traffic and visitor experiences.
Which leads us to the last point.

As shared above, several of the publishers claimed to have the scars of lessons learned in the past. Many had made deals with 3rd party “optimizers”, ad professionals, and native ad providers that ultimately resulted in very negative experiences. 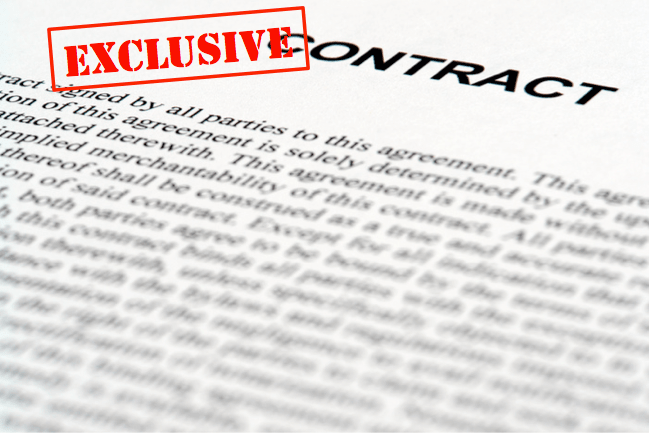 “We worked with one company that forced us to turn over our entire monetization stratgey to their team. They were a great group, but we started seeing traffic take a major hit after about 6 months. They were showing the same ad placements to every site they worked with. This was a terrible fit for our audience and we saw bounce rates double. We got out as soon as we could.”

Some of the publishers claimed that the mandatory contracts with ad providers cost them thousands in monthly revenue. 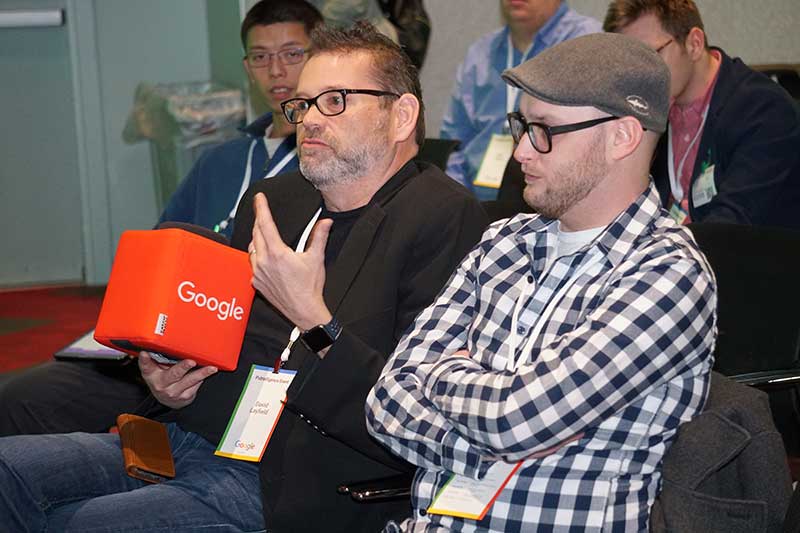 “If a 3rd party wants to take the control out of your hands, there’s usually a reason why… Always keep the ability to compare apples to apples in your back pocket…”

The big takeaway from talking with all of these publishers and experts was that putting their content first seemed to be paramount to success.
This meant avoiding spending more time on monetization than on content; while also maintaining control over the decision-making associated with monetizing the content.
It was cautioned that there were many parties in the space that would seek to lock publishers into contracts and agreements that would take this kind of freedom out of the hands of the content creator. It was agreed upon that, historically, this spelled trouble for publishers.
Additional tips? Leave them below and we will keep the thread growing.