The fourth quarter of the calendar year is traditionally when many publishers see their profits from ad earnings soar. Holiday season spending drives advertisers and marketers to massively increase their budgets; leading to more competition for publisher inventory. This means ad rates and publisher earnings usually see their high point at this time of the year. 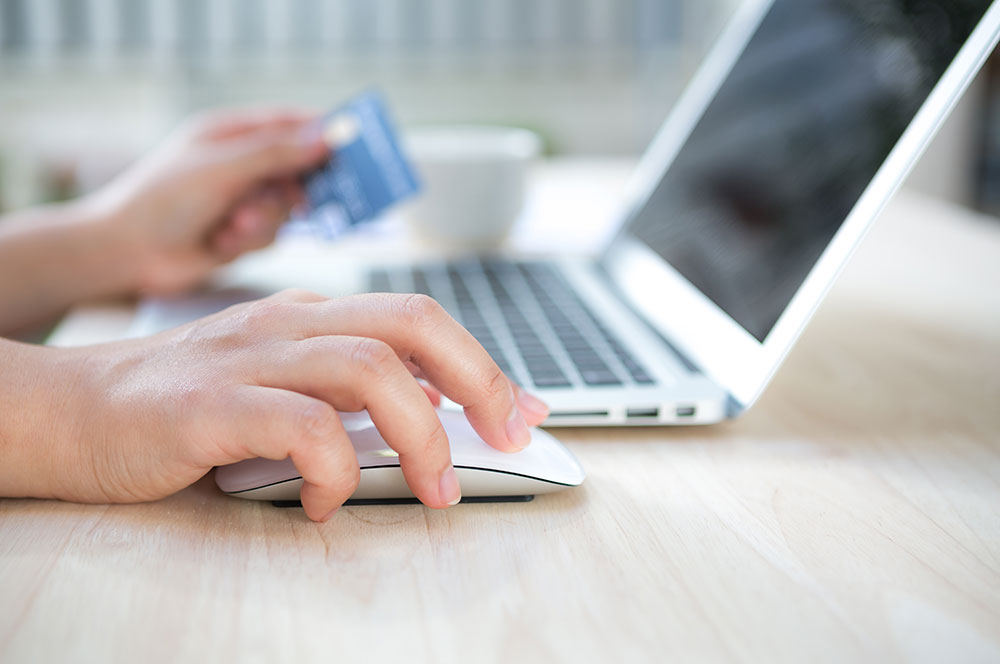 The industry seems to be abuzz with questions about the current state of publisher earnings from digital advertising. There are questions of whether rates are up or down and genuine concern from major brands that feel they have been negatively impacted by the Duopoly on this front.
What the Ad Revenue Index is telling us is — despite rumors of declining digital ad rates — that publisher earnings from programmatic advertising are actually rising. This correlates with reports of increased digital spending in the marketplace. Below, I’ll outline how these trends are playing out and offer some predictions regarding the end of the year.

In the last two years, publisher earnings have peaked in the month of November. In 2015, the highest earnings occurred at beginning of November with the highest weekly averages occurring the weeks following Black Friday — bleeding into early December. The 2015 low point came towards the end of the month — right before the inevitable Q1 drop on January 1st.

In 2016, Black Friday marked the high point of the season. This also serves as the current high water mark on the revenue index. Rates were above average for most of November in 2016 but saw dramatic increases in the days leading up to Black Friday. Ultimately, in 2016 Black Friday was the highest earning day on record; with Cyber Monday following closely.

Despite industry questions, digital ad rates saw steeper rises in 2017 than they did in 2016. Meaning that, according to the Ad Revenue Index, 2017 was a record year for digital ad earnings for many publishers. The index looks at EPMV as it’s core metric; meaning it is actually able to account for all publisher changes during this span by looking at how much publishers are actually earning per session from ads.

With the 2017 increases in context, publishers are asking themselves? Will we see a record Q4 this year? Let’s take a look below to see how November 2017 compares to November 2016 so far. 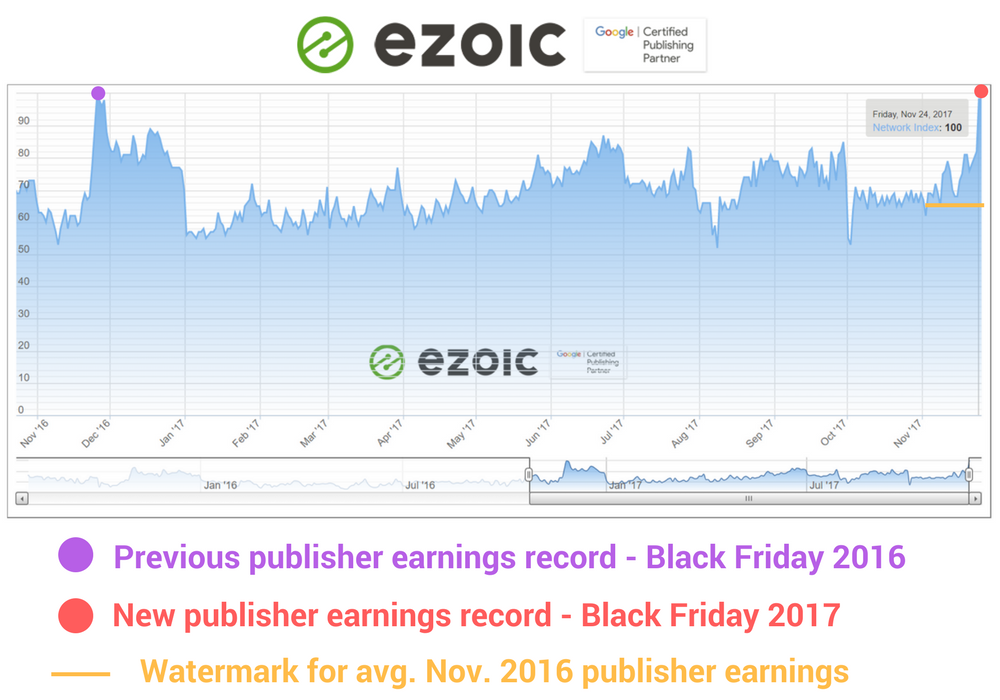 On Friday November 24, the Ad Revenue Index reached a new record. Publishers saw their highest total EPMVs ever witnessed by the index.
Black Friday has traditionally marked a point at which advertisers expend the largest portions of their budgets to capitalize on holiday spending. This increased competition leads to higher earnings for publishers, and we see once again this year, that digital spending and competition is on the rise. This continues to benefit digital publishers.

How publishers should be treating this information

One of the most obvious questions publishers should be asking themselves in light of some of this data is, how are my session earnings lining up with these seasonal trends? Calculating EPMV for your site is very simple (earnings divided by 1,000 visitors). Understanding how your site’s EPMV compares to the index can give you some insights regarding how your property is fairing in line with industry trends.
Make sure to keep an eye on the Ad Revenue Index this season to stay on top of changes and trends. If you have further questions about trends or the index you can leave them below.