300×250 Ads Allowed Above The Fold On Mobile By Google

Google recently announced a major shift in its ad policy. Google has modified its stance on 300×250 ads allowed above the fold on mobile devices. Previously, websites with these ad sizes above the fold would be in violation of Google policy; which could net you one of those handy violation e-mails. 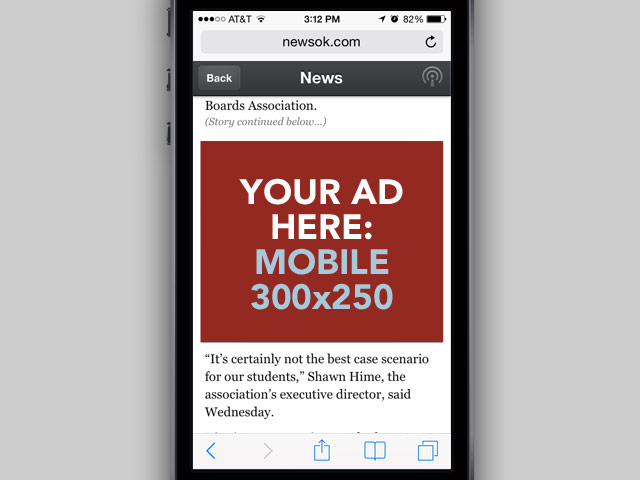 Now, Google has shifted its stance on these ads and is allowing all publishers to display 300×250 sized ads above the fold on mobile devices. Above the fold just means, in the viewport upon page load. Having 300c250 ads was previously viewed by Google as bad for user experience — and possibly a mechanism for accidental clicks.
Below, we’ll highlight what this news means for publishers and what can be done to take advantage of the changes.

This update will affect all publishers who leverage ads from Google AdSense & Google’s AdExchange on their websites. Head of Publisher Policy at Google, John Brown, was cryptic as always on Google’s motivation for this change.

After careful review, we’ve determined that when 300×250 ads are implemented above the fold in a user-friendly way, the ads do not annoy, distract, or result in ad performance issues. – John Brown, Google

It’s tough to say for sure if the change was motivated by Google’s desire to stay competitive in the mobile space — as competing ad networks have allowed these ads above the fold for a while — or the change was truly motivated by some research Google has collected on how the ads affect key user experience metrics. 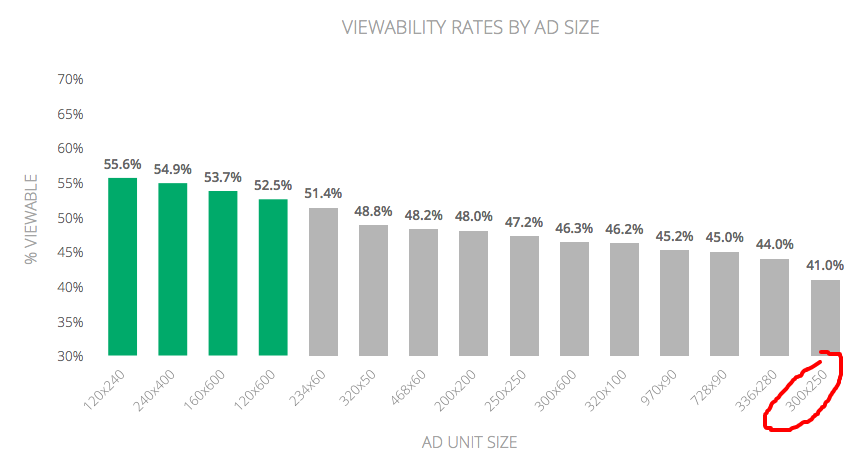 In addition to the above motivations above, there are some additional rumblings of benefits in having 300×250 ads above the fold on mobile. As you can see above, 300×250 mobile ads previously ranked very low in comparison to other unit sizes in terms of viewability in a recent Google study. 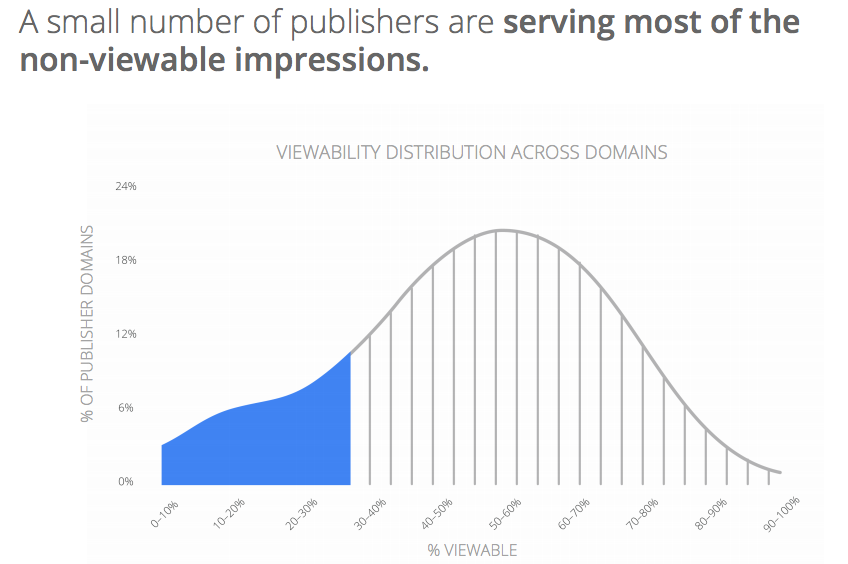 There have been some rumors that Google has made this change — in part — to appease publishers who are struggling to provide advertisers with better ad viewability as well. Recent research from Google shows that a 300×250 ad unit placed just below the fold has a viewability rate of roughly 50 percent. 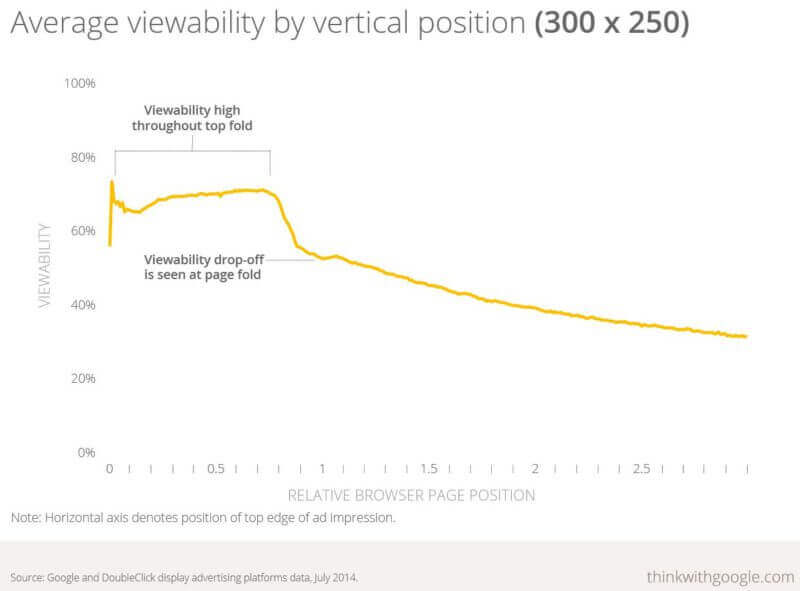 Allowing 300×250 units above the fold on mobile gives publishers the ability to potentially increase viewability rates — to around roughly 70 percent per the study. That means higher RPM potential for publishers… and Google; although thinking in terms of RPM’s is actually counterintuitive for most websites and digital publishers.
Ultimately, greater viewability potentially offers some benefits to both publishers and advertisers in the eyes of Google; which is likely a motivating part of this change.

For publishers and website owners, this 300×250 ad policy change means new flexibility in the types of ads you provide users. This means opportunities for testing, and testing can always help you find new ways of balancing user experience and revenue.
Publishers and advertisers alike should cheer on this kind of flexibility from Google. Regardless of the research they do on their end, ultimately, publishers and website owners should have a lot of these metrics themselves. Understanding how ads affect user experiences on your site have massive financial benefits. 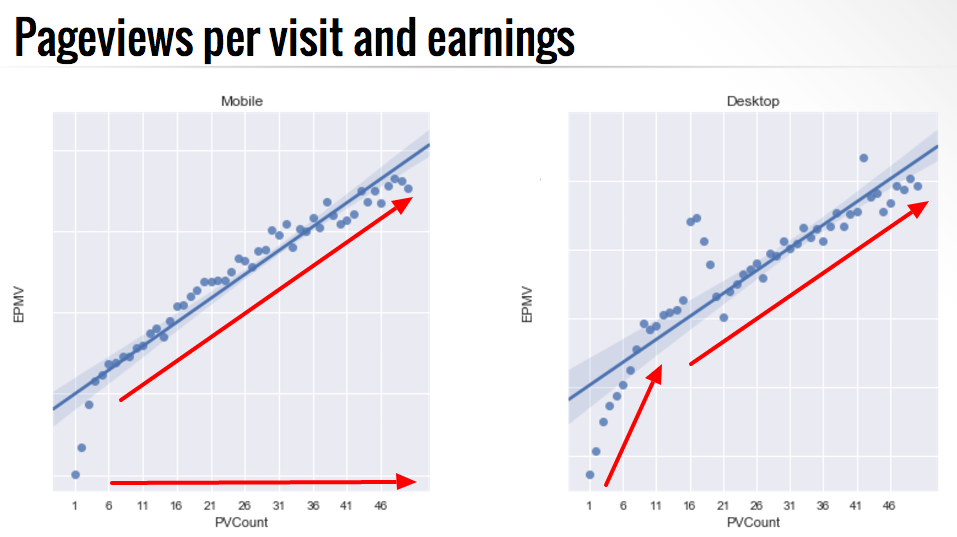 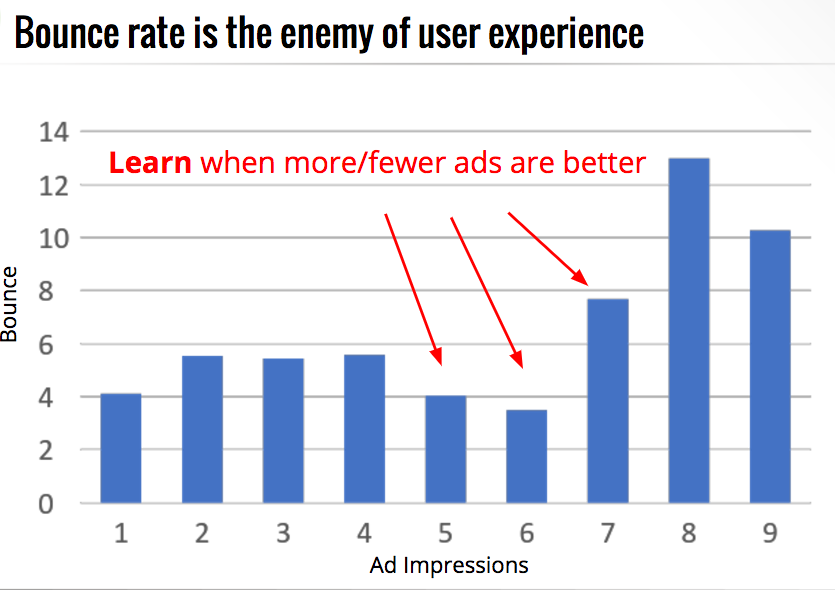 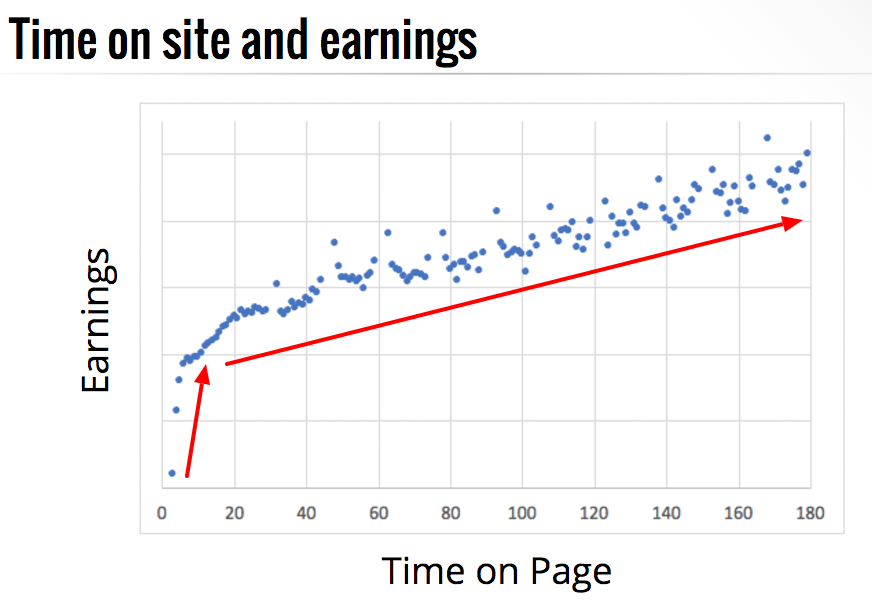 As we published last week, publishers should be learning more and more about how ads are impacting user experience. User engagement metrics like pageviews per visit, bounce rate, and time on site have a massive impact on overall ad earnings. This is where data science and multivariate testing can offer some help to online publishers.
So how do you take advantage of this change? Start testing how these ads affect your users on a per landing page basis. This will allow you to compare and contrast how these ads may be affecting your EPMV’s (earnings per thousand visitors). Chances are, there are some pages on your site that can benefit from having these ads available.
Note: Ezoic users will just have to ensure they have placeholders set in this location on mobile and Ezoic will test this automatically. 300×250 ads allowed above the fold will now display; as Ezoic automatically adjusts to Google policy changes.

What to expect next…

This is not the last change we expect Google to make this year as it relates to ad policy. As you may have heard, Google has even talked about adding ad blockers to their next edition of Chrome. This is all a part of Google trying to reduce fraud and improve user experiences on the net. In theory, This makes the ecosystem be
In theory, this makes the ecosystem better for both advertisers, publishers, and users. However, it’s a tough task, despite some industry attempts to get everyone on the same page.
Either way, It’s my expectation that we will see Google alter their policy and enforcement of how ads are displayed multiple times for before the end of 2017. Only time will tell.
Questions about 300×250 ads allowed above the fold or ad testing? Leave them below. I answer back pretty quickly.